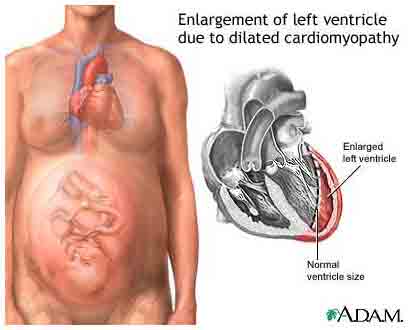 A palpitation is an abnormality of heartbeat that causes a conscious awareness of its beating, whether it is too slow, too fast, irregular, or at its normal frequency. The difference between an abnormal awareness and a normal awareness is that the former interrupts other thoughts, whereas the latter is almost always caused by a concentration on the beating of one's heart. Palpitations may be brought on by overexertion, adrenaline, alcohol, nicotine, caffeine, cocaine, amphetamines, and other drugs, disease (such as hyperthyroidism and pheochromocytoma) or as a symptom of panic disorder. More colloquially, it can also refer to a shaking motion. It can also happen in mitral stenosis. Attacks can last for a few seconds or hours, and may occur very infrequently, or more than daily. Palpitations alongside other symptoms, including sweating, faintness, chest pain or dizziness, indicate irregular or poor heart function and should be investigated. Palpitations may also be associated with anxiety and panic attacks, in which case psychological assessment is recommended. This is a common disorder associated with many common medications such as anti-depressants.

Palpitations can also occur from blood loss, excessive pain, or lack of oxygen.