LOCATION : Korea is situated on the Korean Peninsula, on the northeastern section of the Asian continent. The peninsula shares its northern border with China and Russia. To the east is the East Sea, beyond which lies Japan. To the west is the Yellow Sea. In addition to the mainland, Korea includes almost 3200 islands. 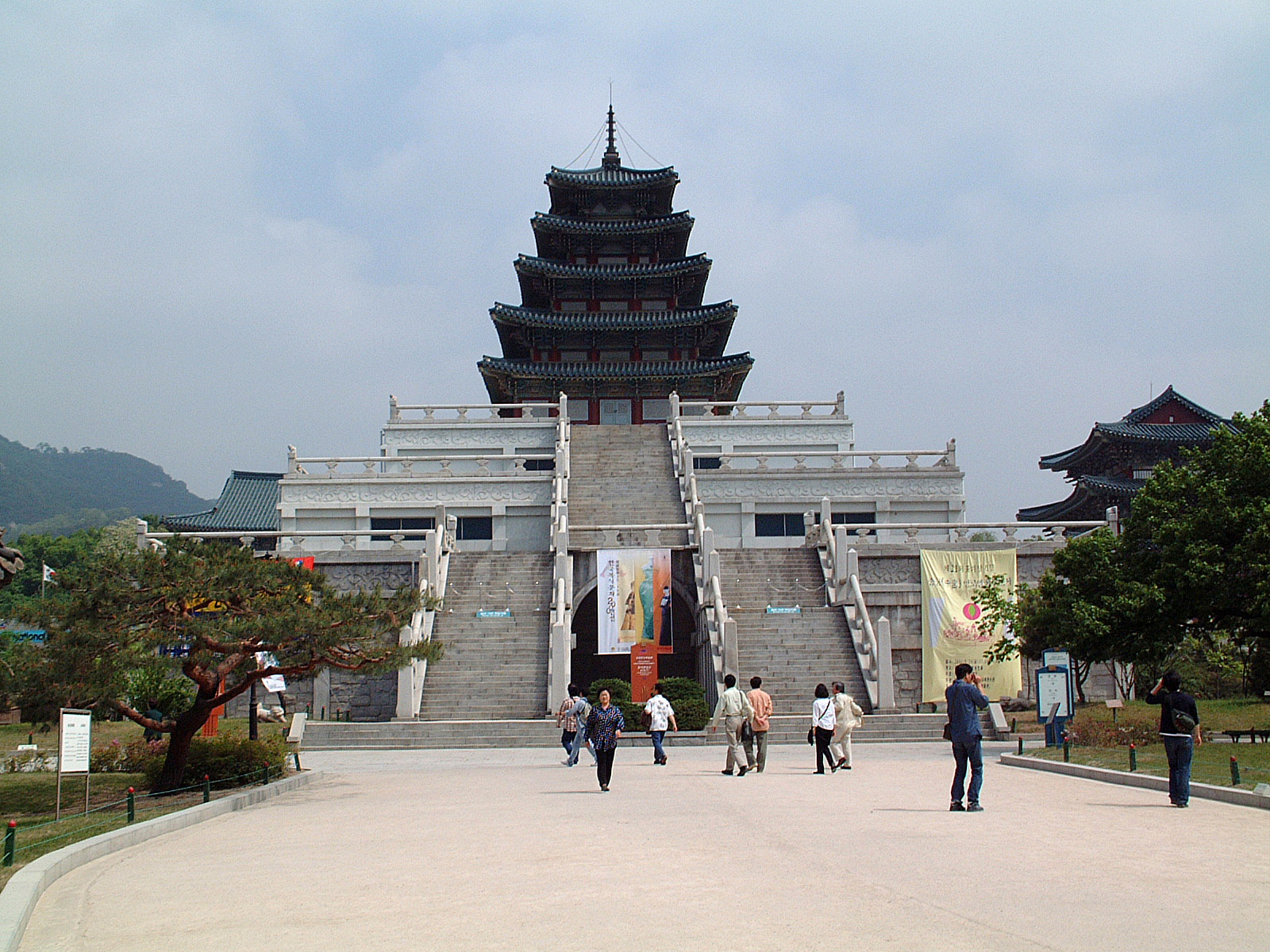 Korea is almost the same size as the United Kingdom. Almost half of the country is considered cultivable area, excluding reclaimed land areas. Two-thirds of the territory is a Mountainous terrain like Portugal, Hungary or Ireland.

On the east coast lies the Taebaeksan Mountain Range. The highest peak is on Mt. Baekdusan rising over 2,700 meters, in North Korea and is along the northern border overlooking China. This is an extinct volcano with a large crater lake Cheonji. Korea has a relatively large number of rivers and streams and these waterways played crucial roles in shaping the lifestyle of Koreans and in the nation's industrialization, the two longest among these are the Amnokgang River (Yalu, 790 kilometers) and the Dumangang River (Tumen, 521 kilometers). Originating from Mt. Baekdusan these flow to the west and the east, respectively and form the peninsula's northern border.

The Hangang River flows through Seoul, the capital of Korea, and serves as a lifeline for the heavily concentrated population in the central region of modern Korea. Surrounding the peninsula on three sides, the ocean has played an integral role in the lives of the Koreans since ancient times, contributing to the early development of shipbuilding and navigational skills.

CLIMATE : Korea has four distinct seasons. Spring and autumn are rather short, summer is hot and humid, and winter is cold and dry with abundant snowfall, especially in the mountainous regions, but not along the southern coast.Temperatures differ widely from region to region within Korea, with the average being between 6 ℃ (43 ℉) and 16℃ (61 ℉).

LANGUAGE : The Korean language belongs to the Ural-Altic family of languages which also includes Turkish and Mongolian. Although the language contains many words derived from Chinese and printed media still use Chinese ideographs to represent many of those words, structurally the two languages are very different. Korean is closer to the Japanese language linguistically.

RELIGION : Korea has been influenced by four major religions: Buddhism, Confucianism, Christianity, and Shamanism. Additionally, a very large mosque in It'aewon-dong holds services for those of the Islamic faith. Many Koreans follow more than one religion as many new Christian converts continue to practice ancestor worship and perform Buddhist rites. 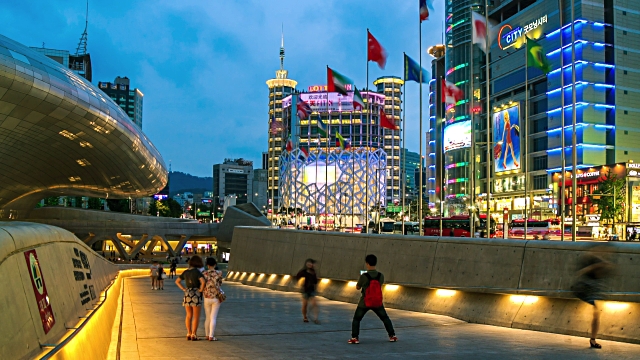 Seoul, the capital city of Korea, is located along the Hangang river, has grown into a teeming metropolis with a population of more than 10 million. The city has greatly expanded in the process of urbanization and industrialization and continues to grow as the thriving center of the country's political, economic, cultural and educational activities.

Seoul is the world's 10th-largest city. Its past and present coexist in a fascinating way: centuries-old palaces, city gates, shrines, gardens and priceless art collections attest to the city's illustrious past, while the glistening facades of soaring skyscrapers and the bustling traffic represent its vibrant present.

Busan a bustling city of approximately 3.7 million residents, is located on the southeastern tip of the Korean peninsula. The size of Busan is 765.10km2 which is 0.8% of the whole land of the Korean Peninsula. The natural environment of Busan is a perfect example of harmony between mountains, rivers and sea. Its geography includes a coastline with superb beaches and scenic cliffs, mountains which provide excellent hiking and extraordinary views, and hot springs scattered throughout the city. Busan enjoys four distinct seasons and a temperate climate that never gets too hot or too cold.

Busan is the second largest city in Korea. Its deep harbor and gentle tides have allowed it to grow into the largest container handling port in the country and the fifth largest in the world. In the coming years, capacity is set to grow further with the opening of the New Port. The city's natural endowments and rich history have resulted in Busan's increasing reputation as a world class city of tourism and culture, and it is also becoming renowned as an international convention destination.

Incheon is the gateway to Northeast Asia with both international port and international airport in its hand, Incheon is located in the mid-west Korea peninsula abutting the Yellow Sea. A city located 28km from the nation's capital, Seoul, lies at 126° 37' of east longitude and 37° 28' of north latitude. San Francisco, Washington, Madrid, and Teheran are found on the same latitude. Incheon is now rapidly developing into the third largest city in Korea, with Seoul and Busan being the first and the second largest, respectively.

Daegu is the third biggest city in Korea with the population of two million and five hundred thousand. So you can find lots of things to do downtown. It's hot in summer and cold in winter just like other regions in Korea with four distinguished seasons.

Dajeon, Gwangju and Ulsan are the other major cities in Korea.