Located in southeastern Asia, between Malaysia and Indonesia, Singapore is an island nation consisting of the island of Singapore and about 60 smaller islands. It is situated between latitudes 1'09'N and 1'29'N, and longitudes 103'38'E and 104'25'E, about 60 miles (137 kms.) north of the Equator. The main island is about 42km in length and 23 km in breadth and 586.5 sq km in area. It has a coastline of approximately 150.5 km. 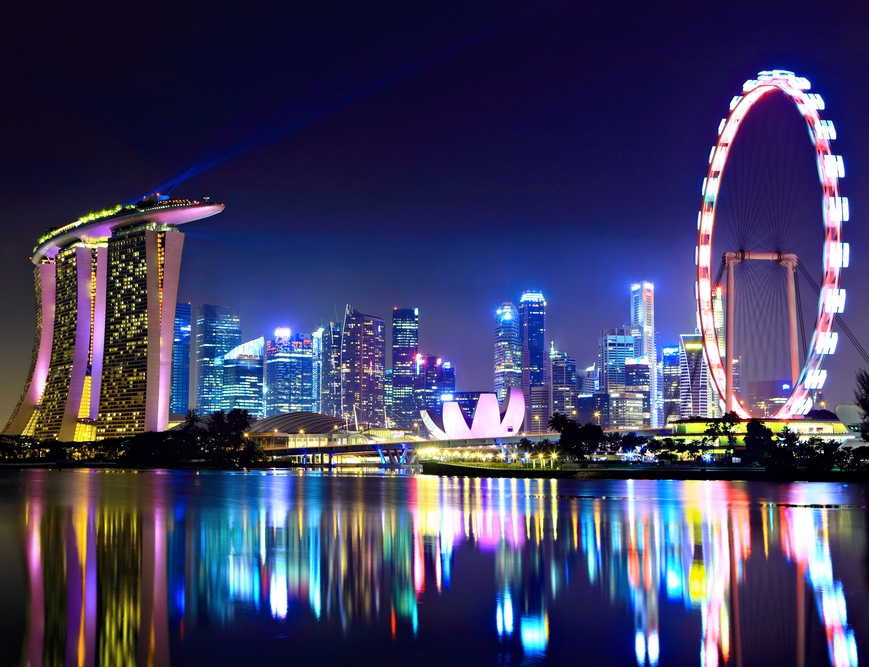 Singapore's immediate neighbors are Malaysia to the north and Indonesia to the south. Singapore is linked to Peninsular Malaysia by a 1,056-m-long causeway, which carries a road, a railway and a water pipeline across the Strait of Johore.

From a sleepy fishing village in the early 1900's, Singapore has become one of Asia's leading economies popularly referred to as 'Asian Tigers'. In 1819 Sir Thomas Stamford Raffles landed in Singapore and established a British trading station. Singapore's landscape was transformed by British colonial rule, Japanese occupation, Communist insurrection and finally, independence. Since becoming a republic in 1965, the island has experienced increased prosperity and exponential economic growth. Shimmering skyscrapers tower above the slick financial districts and elegant colonial buildings preserve a lingering old-world charm.

By and large, year-round temperatures in Singapore remain uniform, with a daily average of 81℉ (27℃), afternoon temperatures reaching as high as 87℉ (31℃), and an average sunrise temperature as low as 75℉ (24℃). Relative humidity often exceeds 90% at night and in the early morning. Even on a "dry" afternoon, don't expect it to drop much below 60%.